Travis Scott is giving his fans a closer look inside his extremely private life with fiance Kylie Jenner.

His new Netflix documentary, Travis Scott: Look Mom I Can Fly, follows the rapper’s stratifyng rise to superstardom over the last few years. It features both on stage and personal moments with Kylie and their 1-year-old daughter, Stormi, who is also listed as a producer in the documentary. 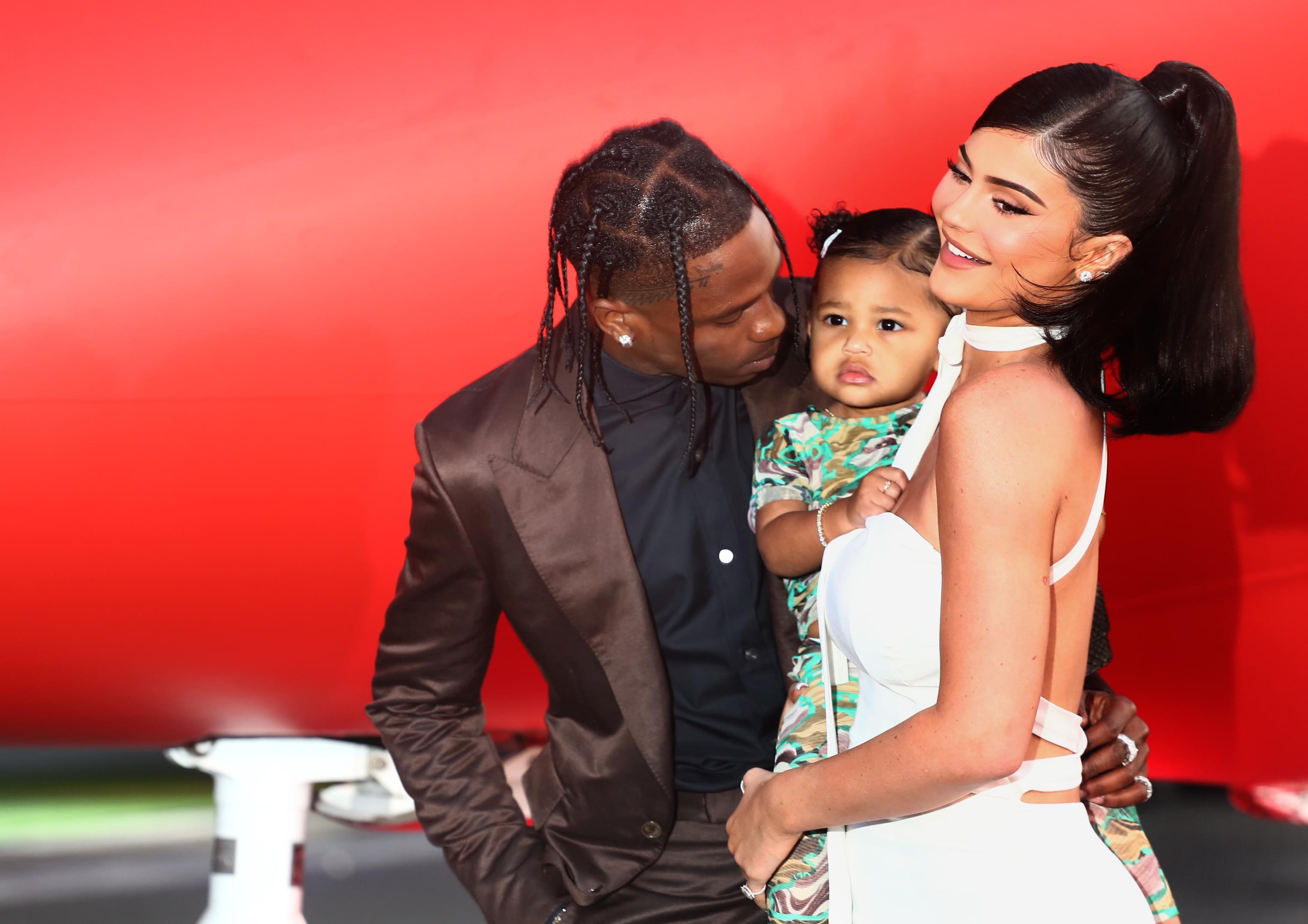 These are some of the biggest moments from the one-hour, 25-minute documentary.

TRAVIS WAS RIGHT BY KYLIE’S SIDE DURING HER ENTIRE PREGNANCY

Yep, even those medical check-ins! Around 15 minutes in, after seeing Travis play a show in Houston, Texas, in 2017, the screen goes black and then cuts to footage of Kylie in the hospital getting an ultrasound.

“Trying to figure out how much pressure you applying to that thing, OG,” Travis jokes to the sonographer, as Kylie watches the monitor intensely. “There’s a young up in there, OG.”

HE WAS SO PROUD, HE KEPT THE ULTRASOUND VIDEO ON HIS PHONE

Another memorable scene from the doc shows Travis pulling out his iPhone to show the ultrasound video to one his DJ/longtime friends, Chase. And judging from his reaction, Chase couldn’t seem to get over the amazement of hearing the baby’s heartbeat.

“No lie, it’s the livest thing of all time,” Travis replies.

Nearly 25 minutes in, we’re back to Kylie and Travis in the hospital, this time awaiting the birth of Stormi. “Who wants to cut the cord?” the doctor asks.

Travis excitedly volunteers to cut the umbilical cord, saying, “I’ll do it. Where?”

“Travis! Travis cut the cord,” someone in the background shouts.

Speaking to someone on the phone, Travis reveals Stormi couldn’t stop crying after she was born on Feb. 1, 2018. The only cure? Her mom and dad!

THEY ENJOY TRAVELING TOGETHER

Wherever Daddy goes, Stormi goes, too! Fans also get a glimpse of how Travis balanced his massively popular Astroworld tour while being a new dad to his baby girl.

During a stop in Houston, cameras shot footage of the rapper carrying Stormi around backstage with Kylie. At one point, the crowd adorably began chanting, “Stormi, Stormi!”

And as soon as he stepped foot off that stage, he was back to daddy duties, buckling Stormi into a car seat. Does it get any cuter than that?

Immediately after his halftime performance with Maroon 5, Travis went to the box where Kylie was and, like the proud girlfriend she is, jumped into his arms. The two couldn’t stop hugging, which appears to be a frequent gesture the two soak in any second they can.

But even more adorable? The home video of Stormi watching her dad’s performance on the TV and giggling.

STORMI’S FIRST BIRTHDAY PROVED TRAVIS IS THE COOLEST DAD EVER

It’s safe to say Stormi has a pretty cool life, and that’s all due to the love she receives from her family. At her birthday bash, Travis made sure Stormi was having the time of her life, watching her walk, play the piano, ride around in a mini pink Bentley, ride a slide and more.

DESPITE HIS CRAZY CAREER, HIS GIRLS ALWAYS COME FIRST

Other footage from the doc shows Travis hanging out with Kylie at the GRAMMYs, walking red carpets together and enjoying as much quality time with each other (and Stormi) as possible. They may be two of the biggest names in rap and reality TV, but behind the scenes, they really are just like us.

Travis Scott: Look Mom I Can Fly is now streaming on Netflix.